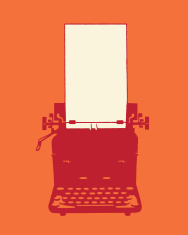 for more, please visit my blog

Countering Shame — I saw Ayad Akhtar’s difficult play Disgraced this weekend at the Seattle Repertoire Theatre. The performance, which has been extended in Seattle and is featured elsewhere in the U.S., will be the most produced play in the country this coming season. I had been asked to participate on an after-play panel to reflect on what we had just seen, not realizing that reflecting on this particular rendition would have been better at a longer emotional distance. After all, for 80 minutes I watched a Muslim-American character, Amir, all but implode on stage—poorly-integrated shards of his identity knocking over the wine glasses and the pulled pork the author induces us to imagine simmering in the kitchen. (3 February 2016)

Why Egyptians Voted for Sisi —May 29 (Reuters) – Former army chief Abdel Fattah al-Sisi won the presidential elections in Egypt this week, almost a year after Egypt’s military reasserted formal control following widespread revolts against Mohamed Mursi.  While a popular uprising preceded the military’s intervention last June, the counter-revolutionary crackdown that followed over the past nine months has soured many Egyptians against the current order. So why is Sisi going to be Egypt’s next president, and why would the same Egyptians who ousted Hosni Mubarak now clamor for another authoritarian military man to take power, rather than support a more inclusive democratic process? Is the clock being turned back?  (29 May 2014)

Lessons from the Egyptian Revolution:  Three Years Later — At this time Egyptians psychologically need a strong national institution.Two sayings often come to my mind when I think about the Egyptian revolutions these days: the first is attributed to the Prophet Mohammed: khayr al-amur al wasat — the best path is the middle one; the second is attributed to James Baldwin, replacing “love” with “revolution” (although I think there are many similarities): “Love does not begin and end the way we think it does. Love is a battle, love is a war, love is a growing up.”  (16 February, 2014)

The Political Theology of the Muslim Brotherhood –Elections in Egypt are fast approaching, and potential results are more interesting than meets the eye.A new poll recently released by Baseera, one of Egypt’s most reliable polling outfits, reveals that 59 percent of eligible voters are undecided about their choice for president — a far cry from Sisi’s supposed cake walk to the presidency. Eighty-four percent of the populace plans to vote, while 16 percent leans toward boycotting. (18 May, 2014)

Analysis:  Three Views of Egypt — General Mustafa Gamal, who fought in the Egyptian air force in Egypt’s 1973 war with Israel, went down to Tahrir Square in 2011 even though his son Yusuf, a doctor, sat it out, confused about the protest’s goals and fearful for the future. General Gamal, though, had had enough with the Mubarak regime. (23 March, 2014)

The Deeper Social Meaning of the Muslim Brotherhood (Part 2/2)The brief history of the Muslim Brotherhood discussed in part one, gives us some context as we try to understand Egyptians’ feelings as they took to the streets on June 30.  I was in Egypt shortly after these events and went to the rallies that General Sisi called to gather a mandate to “deal with terrorism,” where I interviewed dozens of people over 12 hours.There has been some dispute over the size of the crowds in support of the uprising against Morsi’s government. I dismiss most of this as unconvincing. This analysis is based on the assumption that Tahrir Square was only filled once, ignoring that people milled in and out throughout the day, and ignores other squares and neighborhoods as well as other parts of Egypt.  (10 October 2013)

The Deeper Social Meaning of the Muslim Brotherhood (Part 1/2)
Enough time has passed since the June 30 revolution against Mohammed Morsi’s regime, which brought millions of Egyptians to the street to call for the removal of their first elected president. Many of these Egyptians demanded for the army — whom they had protested against a mere two years prior – to step in and broker a transition to another period of military rule. Since the military heeded the call, this portion of Egypt’s recent dramatic events can be called a military coup — but only this portion. Thus, the entire episode cannot simply be reduced to a “coup.” (8 October 2013)

Dispatches from Cairo by Sarah el-Tantawi–This pretty much sums it all up.  And these people are wide-eyed, not stupid at all, and dead serious (when not dancing, making jokes, lighting fireworks, and sharing food.)  I have spent the day observing and photographing pro-Sisi protests, doing media, and now I have taken respite in a quieter part of town at my aunt and uncle’s house, where I have just eaten my body weight in fish.  Must write before collapsing.  Let me say at the outset that I didn’t go to Rabaa or any pro-Morsi protests, for the simple reason that I had several appointments in the Tahrir area and it wasn’t going to happen. (27 July, 2013)

Egypt’s Revolution is Not a Liberal Conspiracy  — Analysis on Egypt is often marred by a revisionist vision of history.  In response to Reza Pankhurst’s article in Fair Observer, let me be blunt: “Liberals” do not make up a large percentage of the population in Egypt, no matter what his definition of the term is. In the main cities — and especially outside major ones — Egyptians tend to be socially conservative and pious. This begs the question: Who are these people who took to the streets to protest in the millions? Why are they upset? Why have they left their homes en masse?(23 July 2013)

Al-Tamarod: Rebellion in Egypt –Any political transition in Egypt must be managed by the wisest and most humble parties.We are only now starting to understand what Egyptians mean by revolution. Whatever is currently happening in Egypt, it is a strong enough urge to send up to 14 million Egyptians — perhaps the largest revolt in recorded history — fumbling in the dark.  During the Egyptian revolution of 2011, the most common slogans were bread, freedom, and social justice. The slogan on Sunday, June 30 — Tamarod (revolt) — must be read in part as a total lack of confidence that these goals of the revolution have been met.  (1 July 2013)

The Egyptian Revolution Two Years On –As Egypt marks the second anniversary of its revolution that ousted Hosni Mubarak, Egyptians are at the base of a new “purgatory”. In Dante’s Purgatorio, the poets finally make their escape from hell just before Easter Sunday in the year 1300CE. Cato of Utica — purgatory’s gate keeper — at first regarded them as little more than unwanted refugees, therefore demanding to see evidence of their humility before they would be allowed to wash the grime of hell from their skin in the dew and rivers of purgatory. The poets acquiesced, soon finding themselves at a point near ground level on Purgatory’s slope, where they began to climb. (25 January 2013)

Egypt in Crisis: Panic and Redemption –The political unrest in Egypt over President Morsi’s decree has significantly polarized the country even further.  Egypt, as an abstract concept, is often associated with the ancient, and with riddles. So here is an ancient riddle to ask of Egypt: does objectivity exist? Perhaps we can make the following points without much controversy. Egypt had a revolution against a military dictatorship in January-February of 2011. This military dictatorship stacked Egypt’s judiciary, army, state security services, and professional associations with loyalists, making up what political scientists refer to as the “deep state.” The army, under the auspices of the Supreme Council of the Armed Forces (SCAF), supervised a highly imperfect but relatively bloodless transition to democratic elections, all with the tacit understanding that they would hold the real power of the country in their hand (the other one holding a gun).(5 December 2012)

Egypt Protests Upset Assumptions about the Arab World –Tens of thousands of Egyptians took to the streets of Cairo, Alexandria, Suez and other Egyptian cities on January 25th‘s “Day of Rage” to protest poverty, unemployment, and police brutality. As events have unfolded, however, it has become clear that Cairo’s protests are actually a Tunisia-inspired call for regime change.  (30 January 2011)

Observing the Possibility of Scottish Independence — Those with attention turned habitually elsewhere in the world may not know the details of the Acts of Union of 1707, unifying Scotland and England. These acts, passed under the tutelage of Queen Anne, created the United Kingdom. The acts are two: one, passed in 1706 called the Union with Scotland Act which was authorized by the English Parliament, and its compliment passed by the Scottish Parliament in 1707, called the Union with England Act. (26 May 2013)