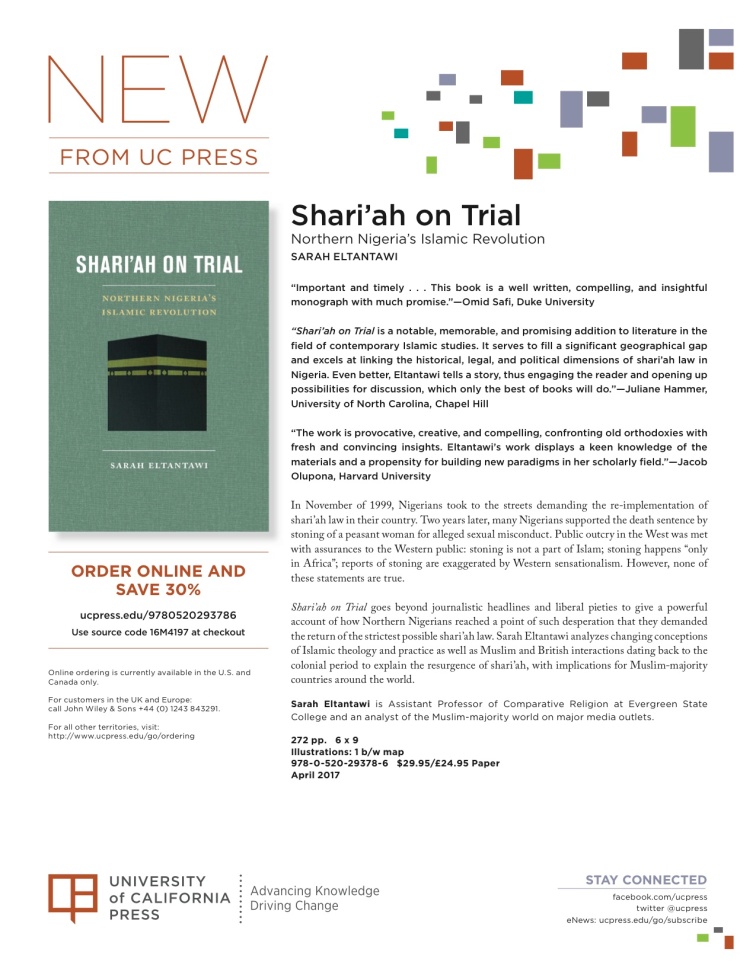 Political Theology of the Muslim Brotherhood in Egypt, 1928-2013: A Gendered History

An Islam for the End of the World: American Muslim Communities and Theologies in the Trump Era (book of essays)

A History of the Progressive Muslim movement in the United States

Tūsi did not Opt Out:  Shi’ite Jurisprudence and the Solidification of the Stoning Punishment in the Islamic Legal Tradition. —  Festschrift for Professor Ahmad Mahdavi Damghani on the Occasion of his 90th Birthday.  Berlin: De Gruyter, 2016

This essay attempts to cast the stability of stoning punishment in the Islamiclegal tradition into sharp relief by examining how Muḥammad b. al-Ḥasan b. ‘AlīAbū Ja‘far al-Ṭūsī (d. 1066–67), instrumental in developing the Shiite jurispruden-tial tradition, treats the punishment in his works. I closely read Ṭūsī’s discussionsof the stoning punishment to open up larger questions of legality and author-ity in that period of the formation of Islamic jurisprudence. I hypothesize thatwhile Ṭūsī’s moment opened the possibility for Shiite scholars to “opt out” of thestoning punishment, and in spite of evidence of his own ambivalence toward it inhis earlier work, Ṭūsī did not take this option. This is perhaps because of increas-ing pressures Ṭūsī’s community came under in Baghdad

Starting in November of 1999, Northern Nigerians took to the streets to demand that full Islamic penal law be (re)introduced in their societies.  This Islamic penal code would re-enliven the ḥudād, or punishments that derive from the Qur’an, which would at last alleviate the poverty and corruption that had reached desperate levels.  Hundreds of thousands of people filed out onto the street assuming that nothing less than unyielding laws of God stood a chance of bringing justice and order to a Nigerian society whose laws of man had failed.  Sharīʼah penal codes were reintroduced in twelve Northern Nigeria starting in 1999.

This essay analyzes a fault line within this idealized, unilateral perception of widespread support for the strictest iteration of Islamic penal law.  I contend here that while Northern Nigeria witnessed widespread support for “idealized” sharīʼah, once this idealization expressed itself through the existing governmental system, a process I call “political sharīʼah”, this support far less unilateral and more fractured.  To illustrate this fissure, I concentrate on the example of ijbār, or child marriage, often of children as young as eight or nine.  I show in this essay that, even within a context of a society like Northern Nigeria that literally witnessed a grassroots revolution demanding the implimentation of the strictest iteration of Islamic penal law, that law can be sidelined when society agrees that law presents an ethical conflict.

Roundtable on Normativity in Islamic Studies What Does ” Modernity ” and ” Postmodernity ” Mean to Northern Nigerians?  Journal of the American Academy of Religion, March 2016, Vol. 84, No. 1, pp. 60–73

The concepts of “postmodernity ”and“postcoloniality ” are often used inter-changeably in the study of nonwestern cultures. These terms are both temporal markers and signifiers of a set of affects and values. This contributionto the roundtable argues that the slippage in the multivalent meanings of these terms ends up misrepresenting the empirical ethos that animatescontemporary Northern Nigeria. The disjuncture, fracture, and violence ex-perienced in the Nigerian colonial period produces a contemporary society that values wholeness, absolutes, and fixed truths, a set of values quite dif-ferent from what is typically associated with postmodernity. The evidencefor contemporary Nigeria’s drive to wholeness is found through the ethno-graphic data I recount here: a reflection of how the stoning punishment inIslam is expressed in the Nigerian present, and in the form taken by thetrial of Amina Lawal, a peasant woman from the north of Nigeria.

Solidarity through Veiling?Fatima Mernissi: A Woman for all Seasons — A breakdown of conflicting arguments for and against veiling in contemporary discourse.

“Is Democracy the Question?” — Perhaps the most pertinent question to be asked of Egypt’s revolutionary/counter-revolutionary process in the past three years is this: how can we properly diagnose the persistent incongruity between the slogan of the 2011 revolution—“bread, freedom, and social justice”—and the failures of all political entities inEgypt to achieve them?

Review Essay: Women, Gender and Islam in Africa and Beyond

“Points on the Popularly-Backed Coup in Egypt, June 2013” Proceedings from Arab Spring Conference.  University of Alberta, 2017

“Notes on the Political Theology of the Muslim Brotherhood in Egypt”.  (under review)

Oxford Encyclopedia of Islam and Politics